the unique lace making craft from the village

Kopaneli is called a kind of handmade lace and the word comes from the rhythmic beat of the sticks that have the lace threads on them when they are knitted. The technique of this lace is called kopaneli.

It is not known when and where the kopaneli was born. However, the Cretan kopaneli began to spread at the beginning of the century by a nun from Chania Crete who went to Athens to be educated and then returned to her monastery to teach the other nuns.

This started and continues at the Holy Monastery of Korakion in Akrotiri, Chania. There, the nuns, from the beginning of the century, introduced the women of the neighboring villages to the art of lace and contributed to its spread.

These nuns were from Gavalochori and for this reason the kopaneli took root in our village.  In Gavalochori, there is a Museum rich in lace exhibits with kopaneli.  The image that the village presents in the summer with the knitters in the yards that keep the tradition alive, is unique for the Greek area.

In Creta kopaneli white or off-white color is usually used.  To create a work with the kopaneli technique, first of all the sticks on which the thread is wrapped are needed.  The design is placed on the work pad called the kousouni.  The word kousouni probably comes from the French word “coushin”, which in Greek means pillow.  We constantly knit a cloth which ¨circle¨ in the pattern and with the joints between the “strips” of cloth, the final result is created.

For more information about kopaneli you can visit our source www.kopaneli.gr 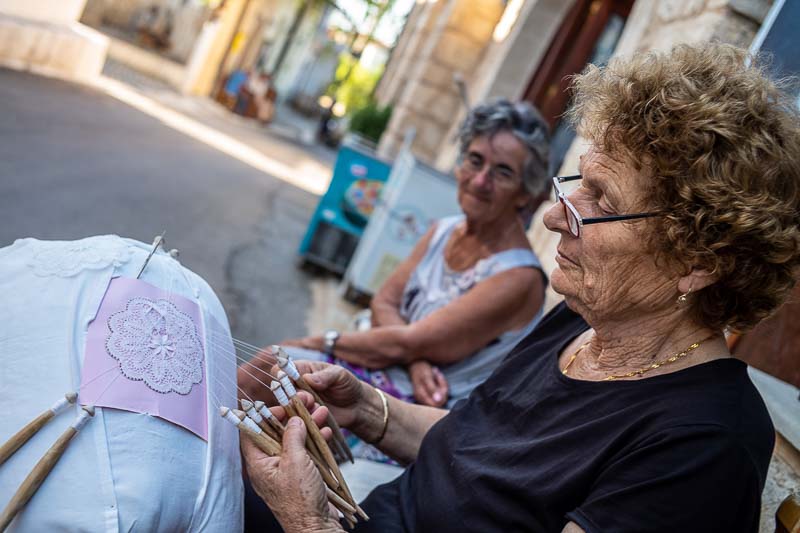 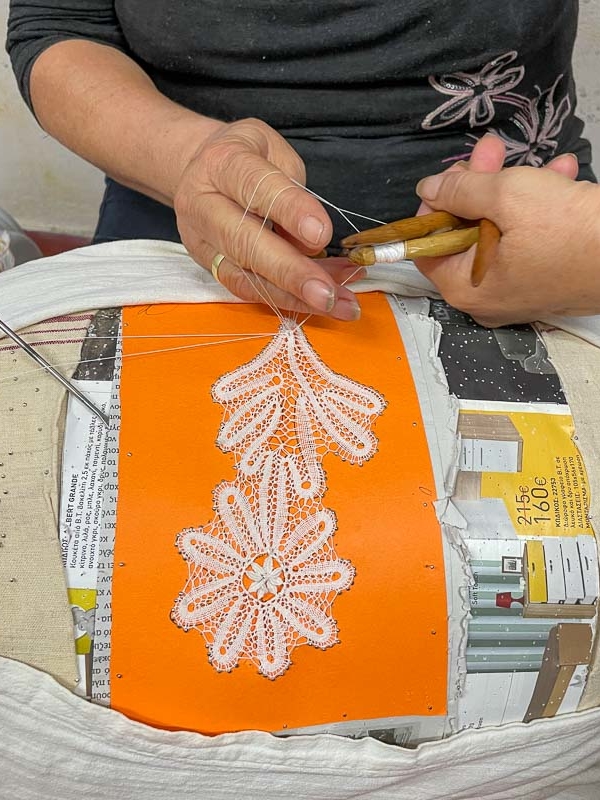 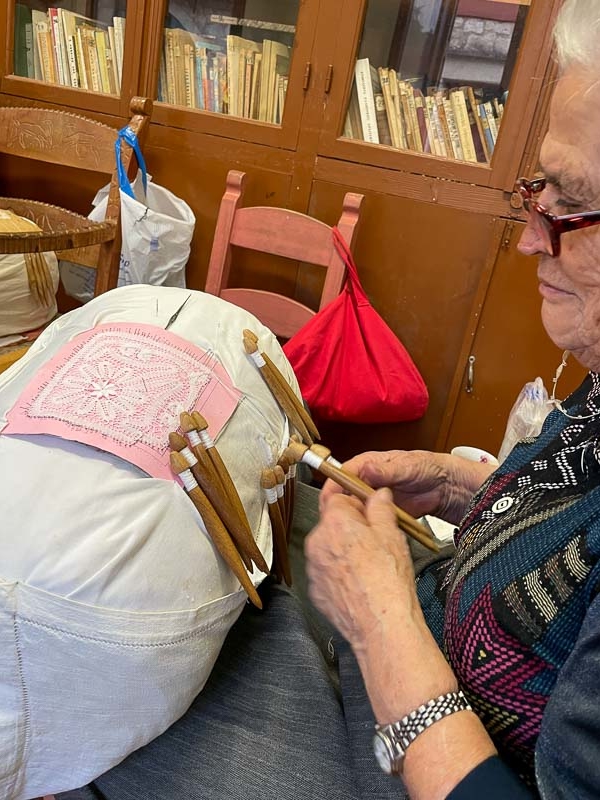 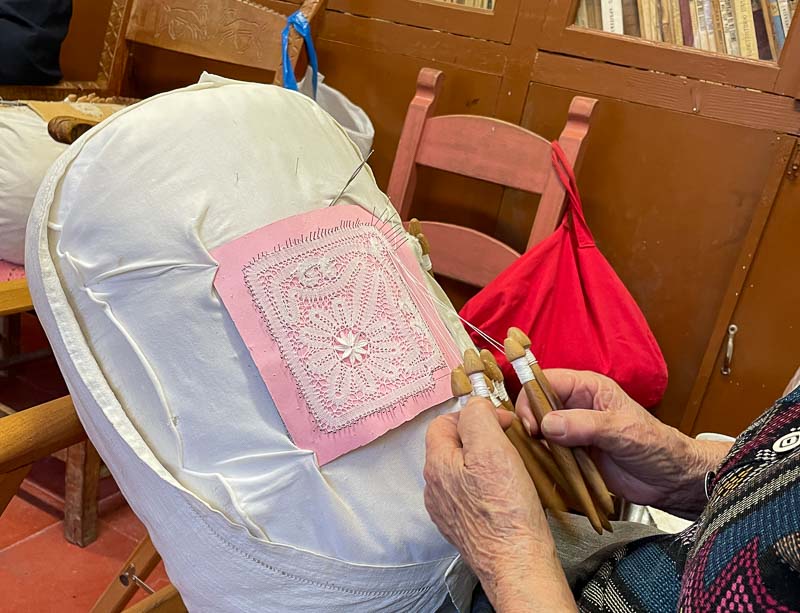 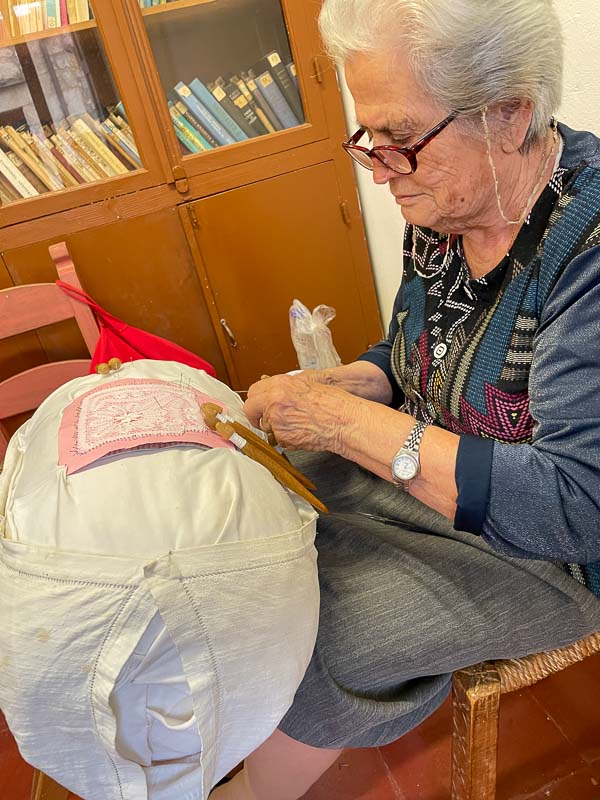 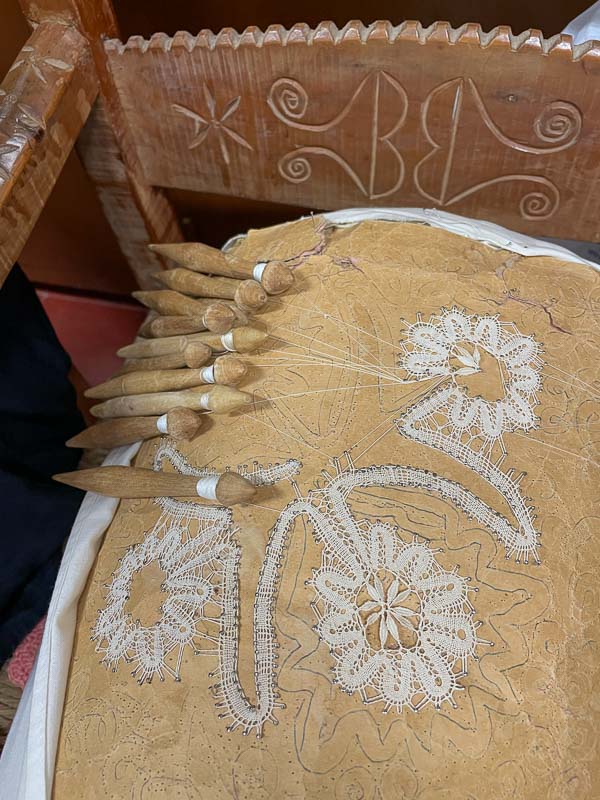 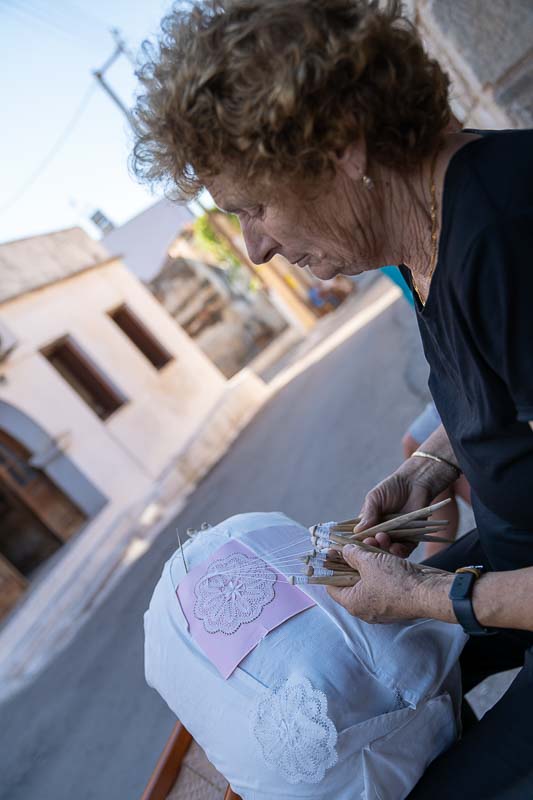 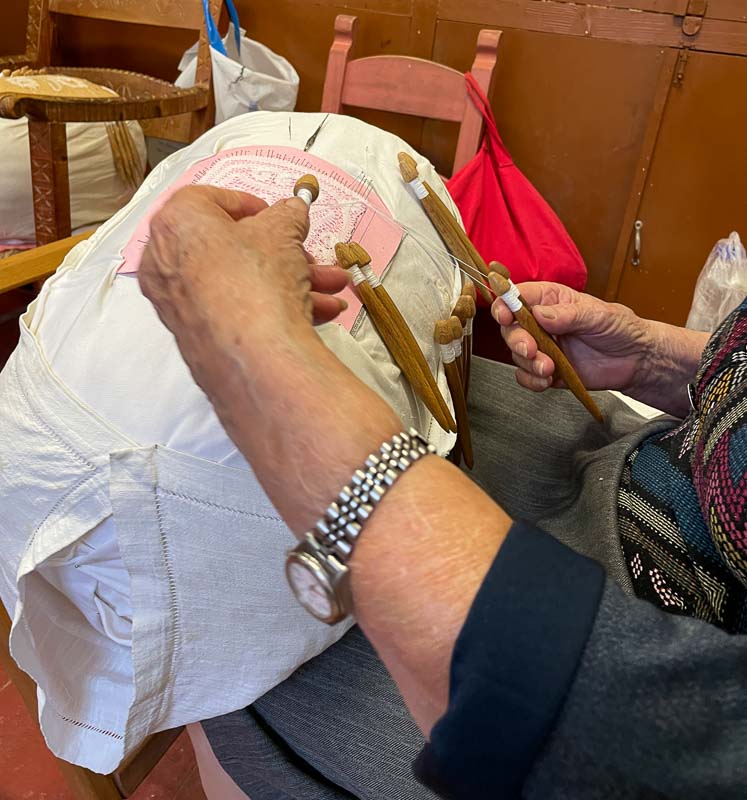 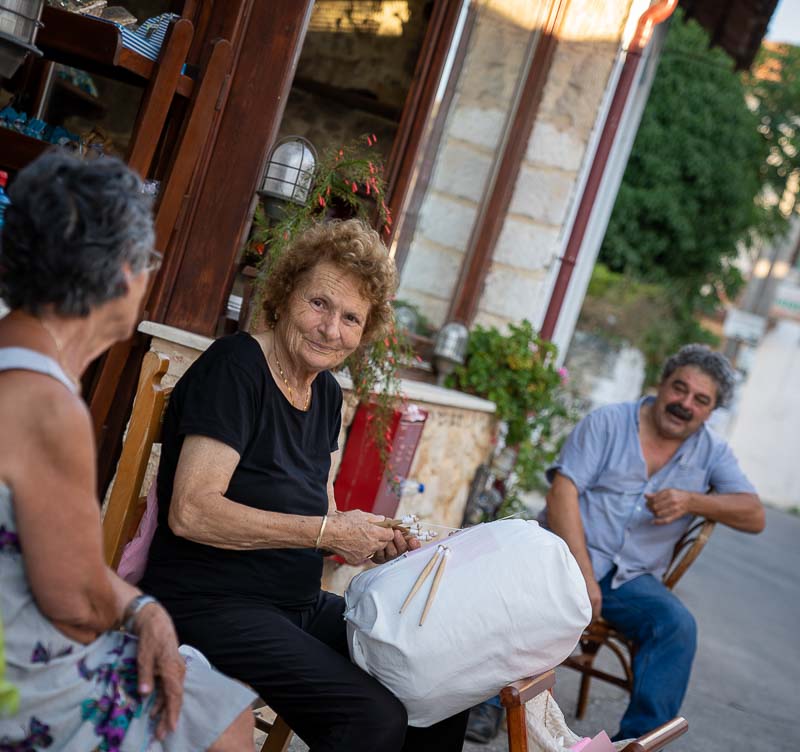 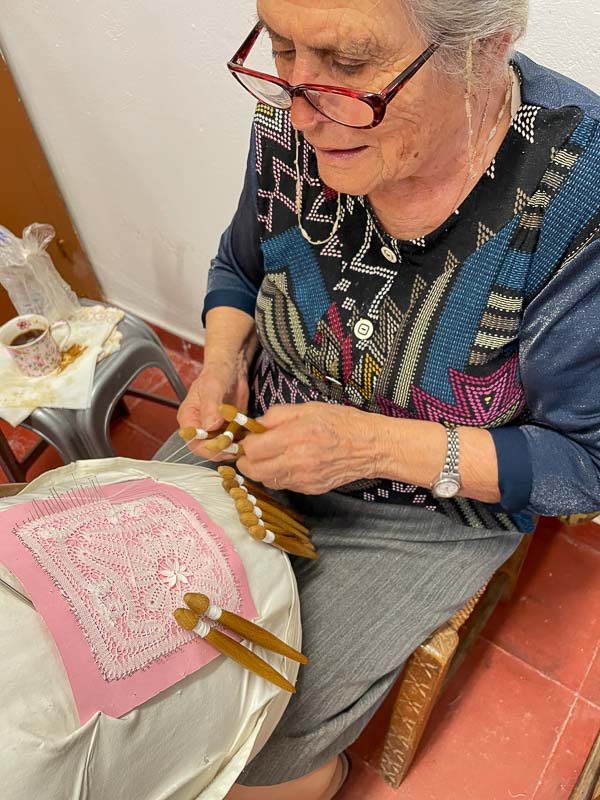 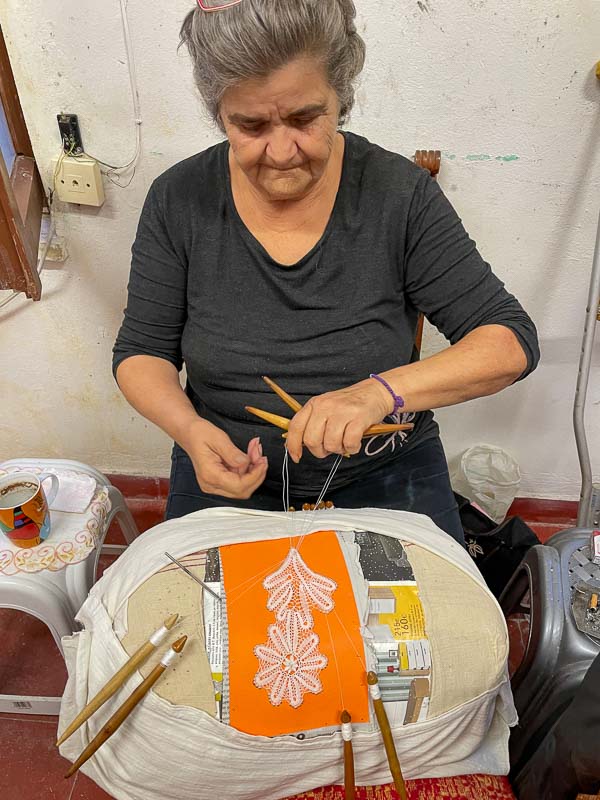 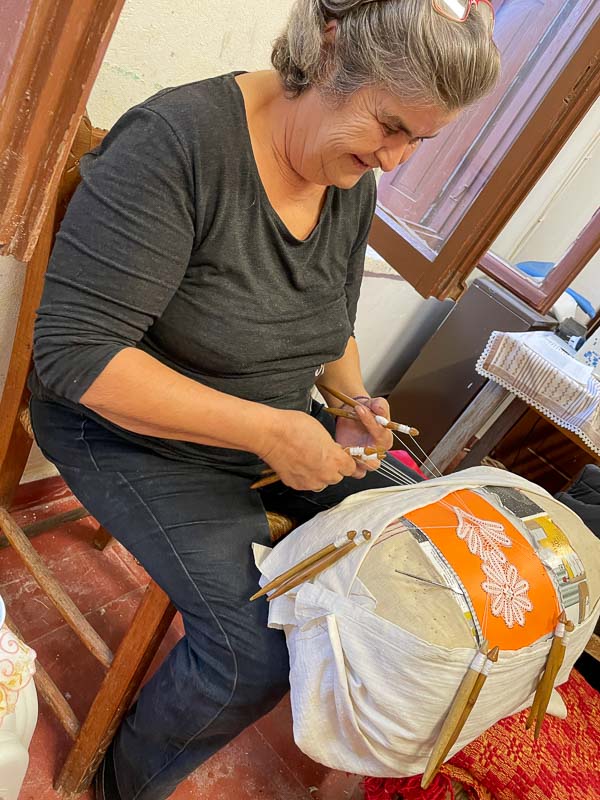 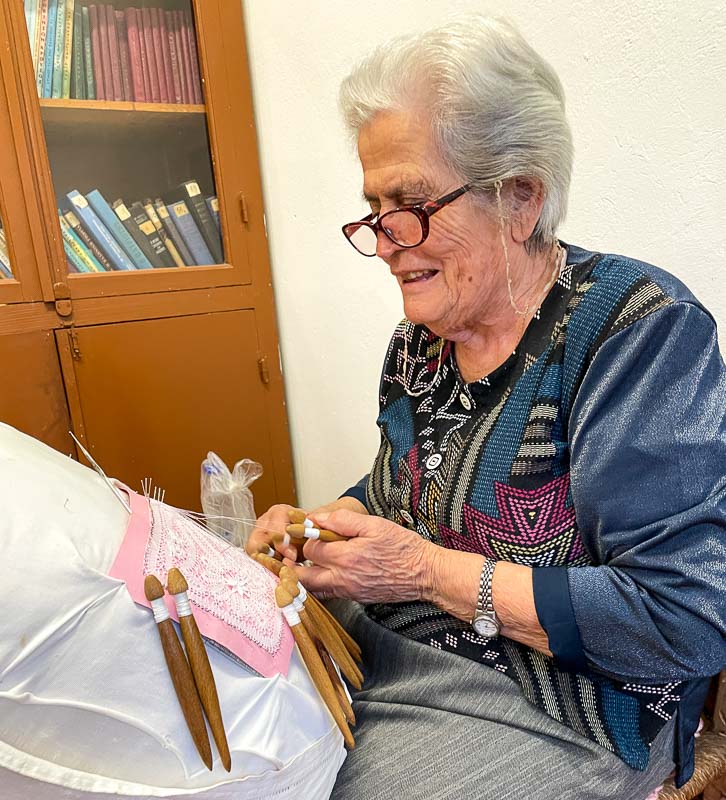 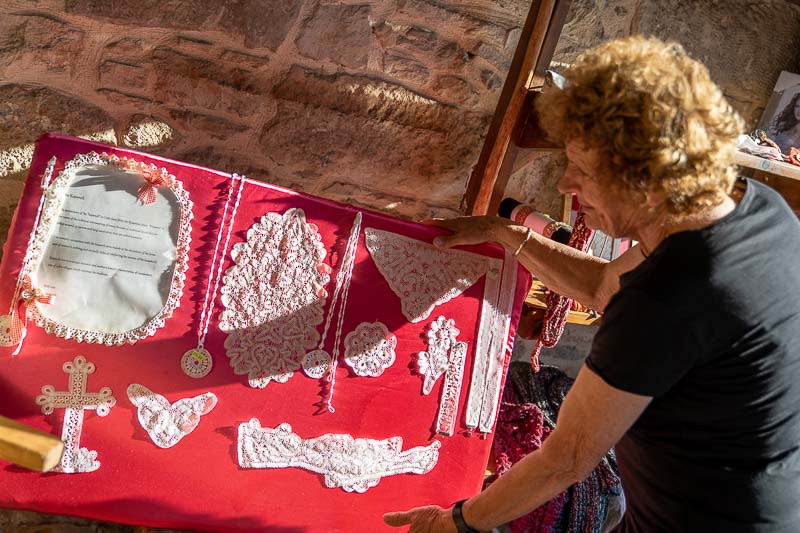