In Crete there are some customs and traditions for the New Year.  Below we will see some of those that are still observed.

where parents and  grandparents give money to children as a gift.

that we hang in the houses on New Year’s Eve at the entrance of the house, a wild plant of Crete that even if you take it out of the ground and hang it, it does not stop producing new leaves and flowers. 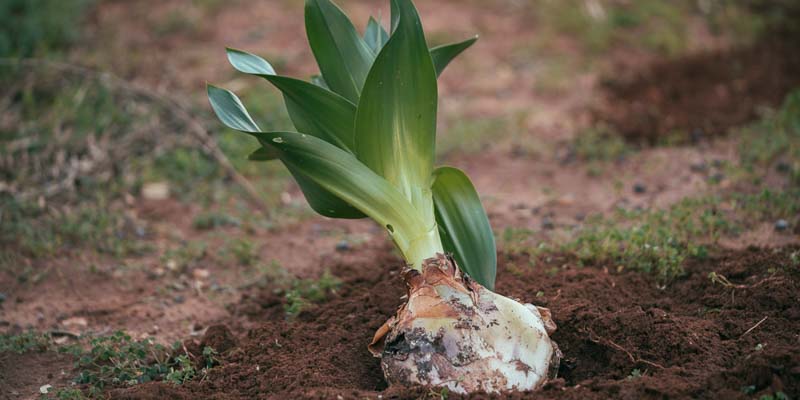 that hides a coin inside and whoever finds it in her or his piece will have good luck all year round and also gets a gift.  For 2021 we put a lot of coins in as we needed a bit of luck 😉

here’s a bit more about Vasilopita from Wikipedia

St. Basil-pie’ or ‘Vassilis pie’ is a New Year’s Day bread or cake in Greece and many other areas in eastern Europe and the Balkans which contains a hidden coin or trinket which gives good luck to the receiver.  It is associated with Saint Basil’s day, January 1, in most of Greece, but in some regions, the traditions surrounding a cake with a hidden coin are attached to Epiphany or to Christmas.  It is made of a variety of dough, depending on regional and family tradition, including tsoureki. In some families, instead of dough, it is made from a custard base called galatopita (literally milk-pita). 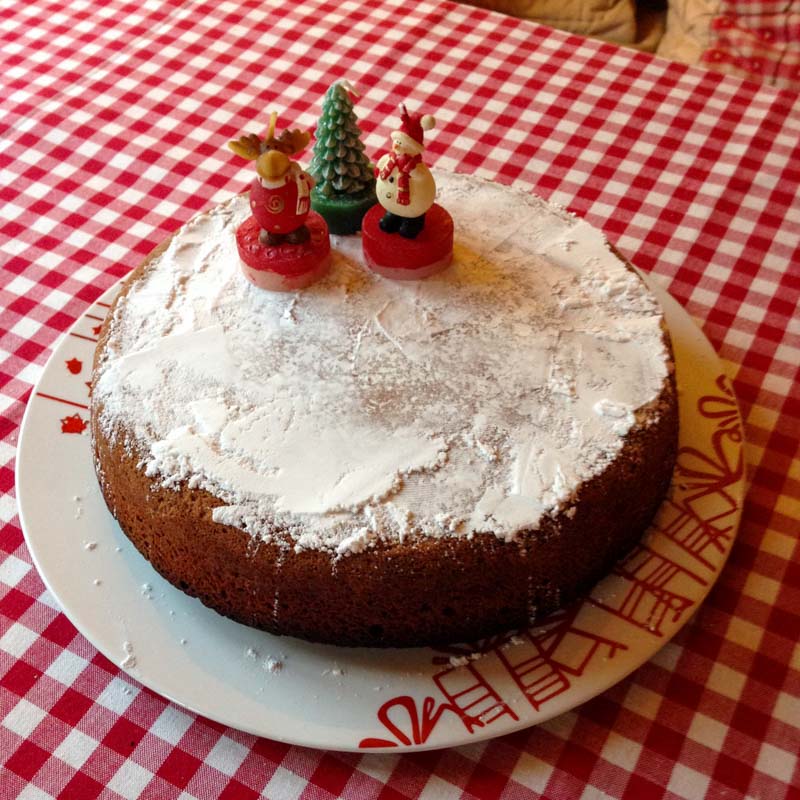 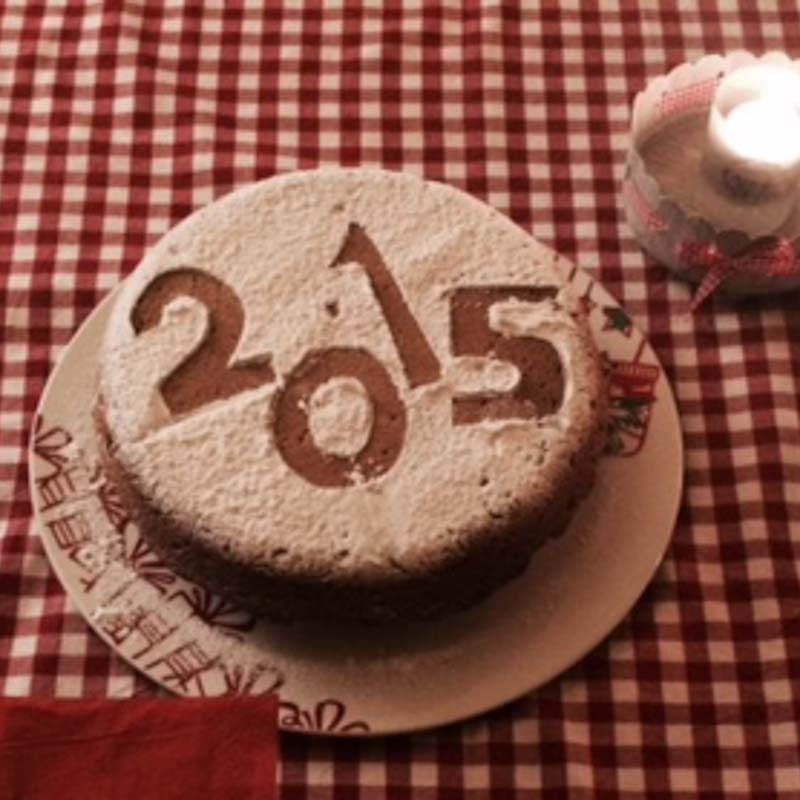 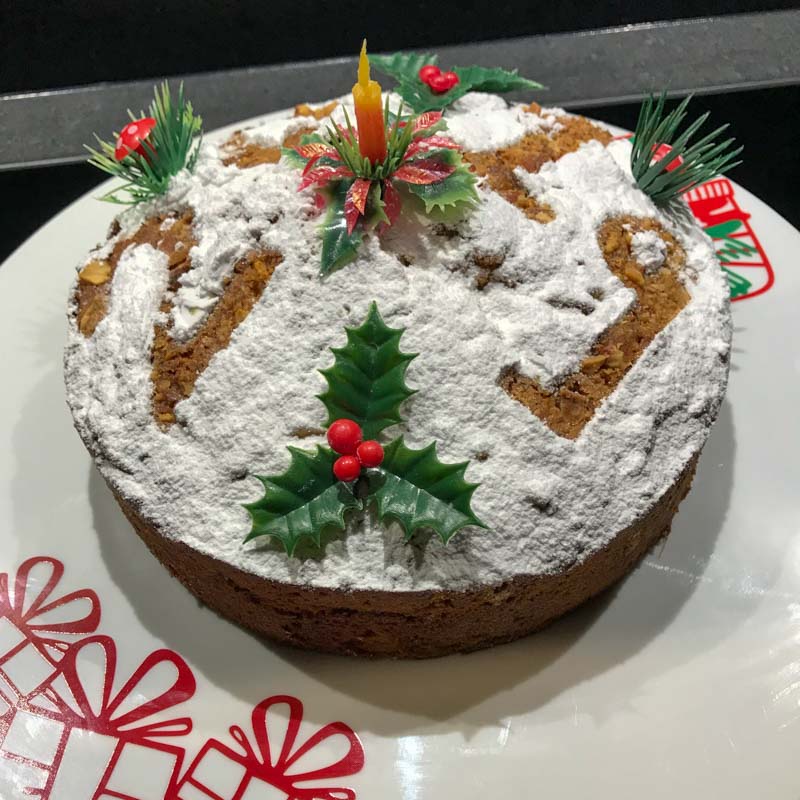 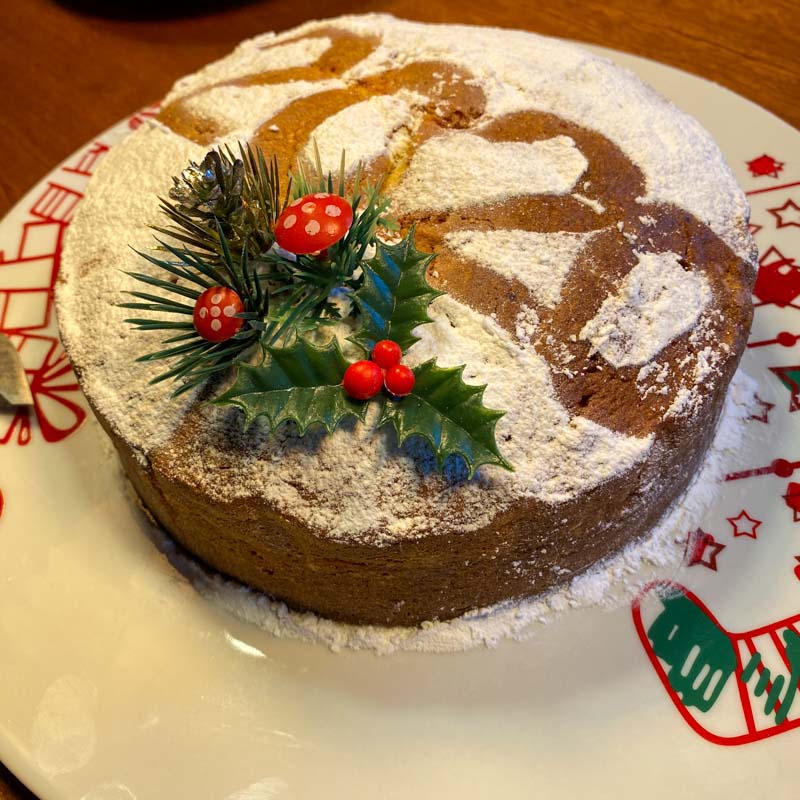 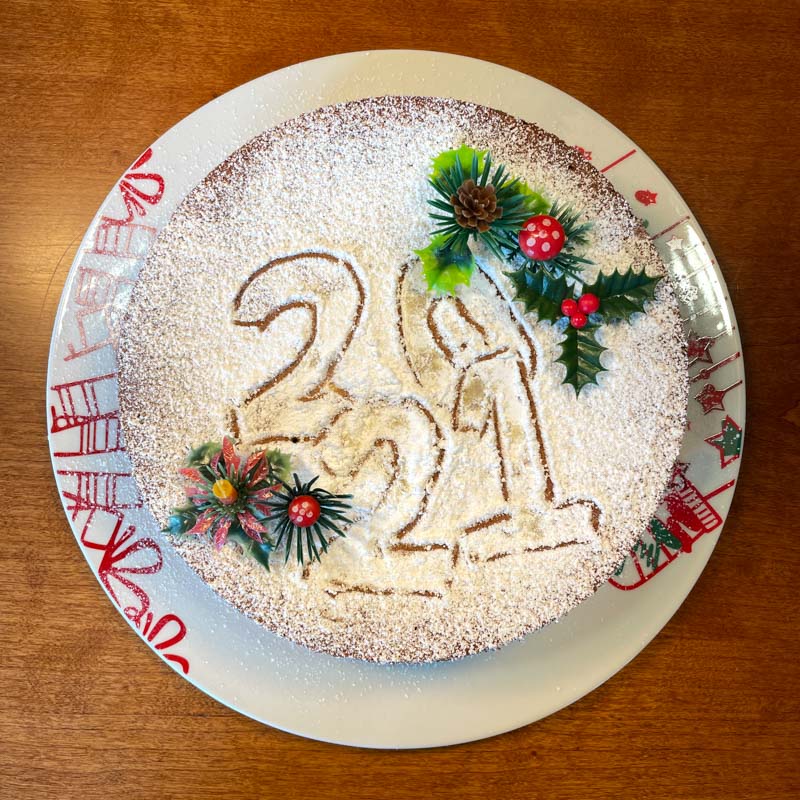 The gathering with friends and relatives

as soon as the new year comes to play dice and cards until the morning where the hostess has made chicken soup for breakfast- or even dinner !!

and sparklers in the sky but also shots to exorcise evil. 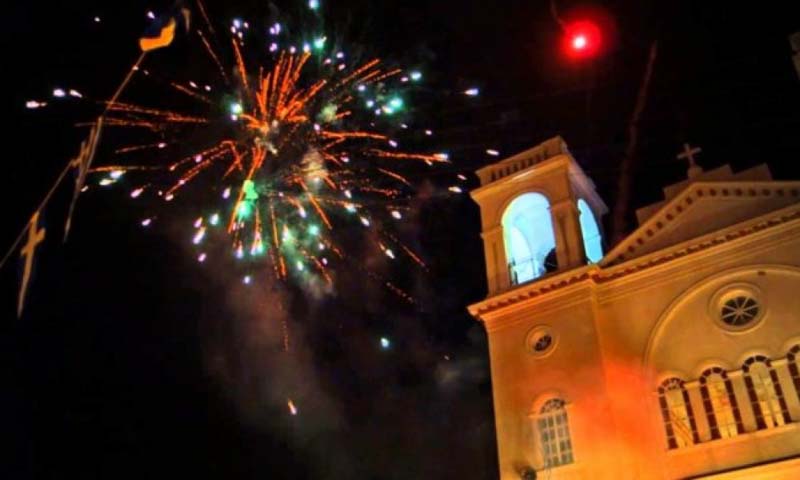 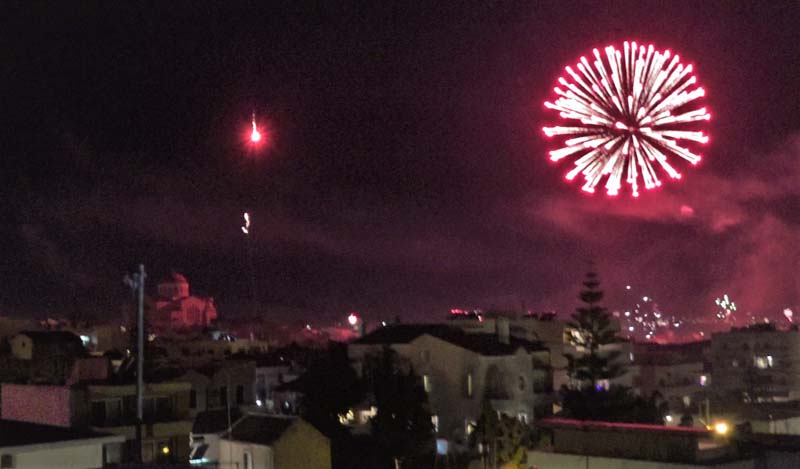 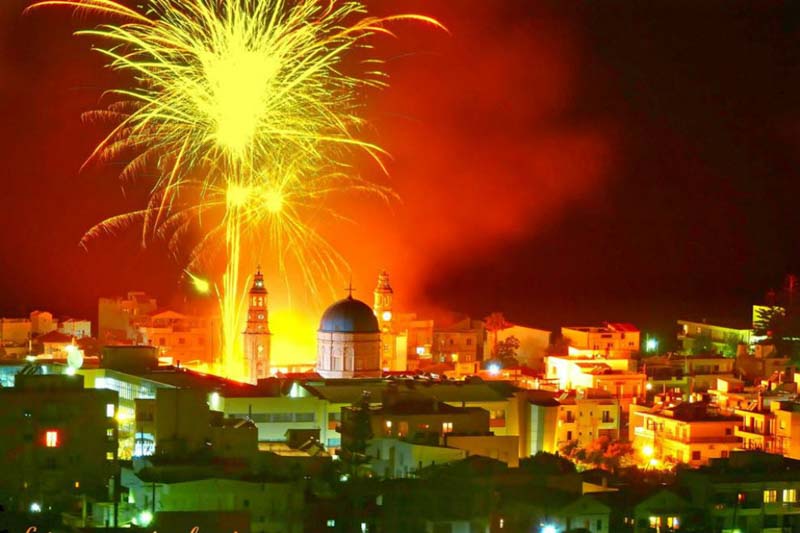